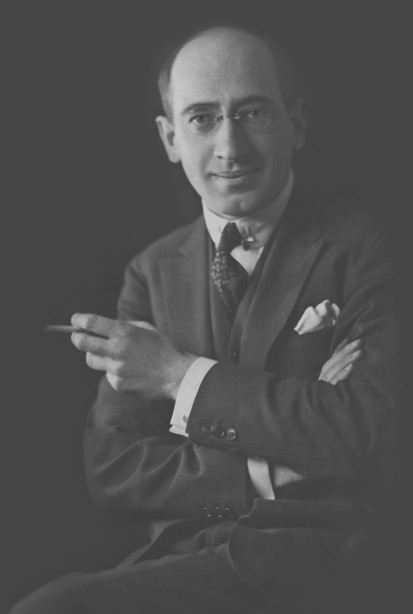 Lourié was a significant Russian composer. Lourié played an important role in the earliest stages of the organization of Soviet music after the 1917 Revolution but later went into exile. His music reflects his close connections with the contemporary poets and artists of the Russian Silver Age, and also his close relationship with Igor Stravinsky.

Born in Propoisk / district Mogilev (today Belorussia) into a prosperous Jewish family, he converted to Catholicism while still in Russia. Lourié was partly self-taught, but he also studied piano in St. Petersburg from 1909 with the Busoni pupil Maria Barinova and composition with Glazunov, leaving the Saint Petersburg Conservatory in 1913 before graduating. He became friendly with the Futurist artists and particularly Anna Akhmatova, whose poetry he was among the first to set in 1914. He was also acquainted with Vladimir Mayakovsky, Nikolai Kulbin, Fyodor Sologub and Alexander Blok; and he was deeply influenced by the contemporary art of Russian Silver Age with its rich stylistic and aesthetic variety.

His early piano pieces, from 1908 onward, take on from Chopin and Debussy and the late works of Scriabin but evolve new kinds of discourse, arriving  at an early form of dodecaphony (the Masques,1913 and the Synthèses,1914) and in 1915 at a rather Cubist conception using an innovative graphic form of notation (in the  Formes en l'Air).

In his early chamber music Lourié reveals an interest in both the sound of ancient worlds as of the Future, reaching often timeless quality.  As a man of  wide culture, who cultivated the image of a dandy and aesthete, in his vocal works  he set poems of Sappho, Dante, Pushkin, Mallarmé, Verlaine, Blok, Mayakovsky, T. S.  Eliot, James Joyce, classical Latin and medieval French poets.

He was also a talented painter and writer.

After the Revolution of 1917 Lourié served under Lunacharsky as head of the music division of the Commissariat of Popular Enlightenment (Narkompros). Though his sympathies were initially Leftist he became increasingly disenchanted with the new order in Russia and he had to leave  Russia on a ship in August 1922. After a year in Berlin and Wiesbaden the composer finally arrived  in Paris in 1924, where he became friends with the philosopher Jacques Maritain and was introduced to Stravinsky. For more than a decade he was one of Stravinsky’s most important champions, often becoming part of the Stravinsky household as he wrote articles about his fellow composer and preparing piano reductions of his works.

First contacts with the Stravinsky family are dating back to 1918 when Stravinsky contacted Lourié to support his mother in leaving Russia. Lourié and the Stravinskys eventually parted company in the late Thirties over a feud with Igor’s second wife Vera, and Stravinsky seldom afterwards mentioned Lourié’s bare existence.

Lourié’s  early radicalism turns in Paris to an astringent form of Neoclassicism and Russophile nostalgia; the religious and mystic aspects in his works and writings are evident. A dialogue with Stravinsky’s works of the same period is evident, even to the extent that Stravinsky may have taken ideas from the younger composer: Lourié’s A Little Chamber Music (1924) seems to prophesy Stravinsky’s Apollon musagète (1927), his Concerto spirituale for chorus, piano and orchestra (1929) the latter's Symphony of Psalms (1930).

Lourié also composed an opera, The Feast during the Plague and two symphonies (No.1 subtitled Sinfonia dialectica) that were conducted by Koussevitsky, Ansermet, Münch and Furtwängler.

When the Germans occupied Paris in 1941, Lourié fled to the USA, assisted by Serge Koussevitzky. He settled in New York. In his American years Lourié successfully melts the various influences into a most personal style reaching a remarkable mastery in composer’s skills. He spent over ten years writing a huge opera The Blackamoor of Peter the Great (1949-61) after Pushkin's Peter the Great's Negro, so far unperformed, though a lapidary orchestral suite of this Opus Magnum has been recorded by Stokowski.